In North Korea Party Foundation Day marks the 10th of October 1945 meeting of the “Central Organizing Committee of the Communist Party of North Korea”. This is the predecessor of the now ruling Workers Party of Korea.

Today the party is immensely powerful and has full control of the army. Kim Jong un acts as chairman. The instantly recognisable symbol of the party is the communist hammer and sickle with a Korean calligraphy brush added. The three items represent the workers, peasants and intellectuals.

The party has been in power since its inception in 1949. Technically other parties do exist in North Korea but they must accept the Workers’ Party leading role and remain completely under its wing. 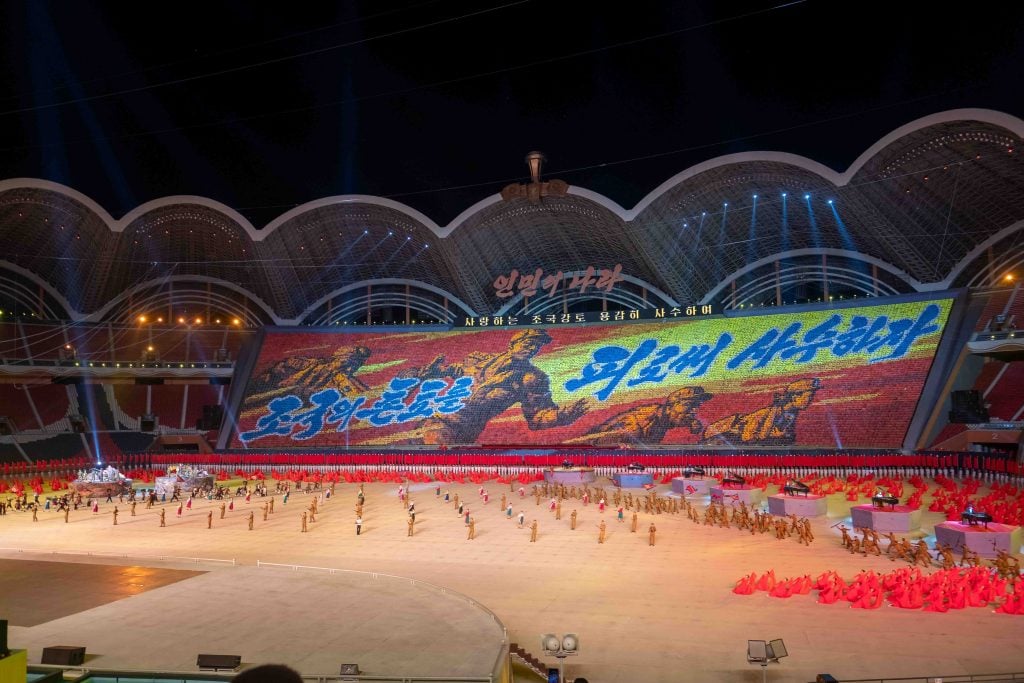 The holiday was officially first celebrated in 1958. Since Kim Jong Un came to power in 2011 the holiday has felt increasingly like a proper occasion. It’s common to see fireworks, parades and concerts going on throughout the country on October 10th.

To mark the Party Foundation Day 70th anniversary in 2015, a giant stage was erected in the middle of the Taedong river between Kim Il Sung Square and the Juche Tower in central Pyongyang. Thousands of performers took to the stage to perform a mass gala event. Earlier in the day a military parade rolled through the city to the cheers of adoring crowds. The “Moranbong band” performed in an indoor stadium – these are the “North Korean Spice Girls”, said to have been handpicked by Kim Jong Un himself! 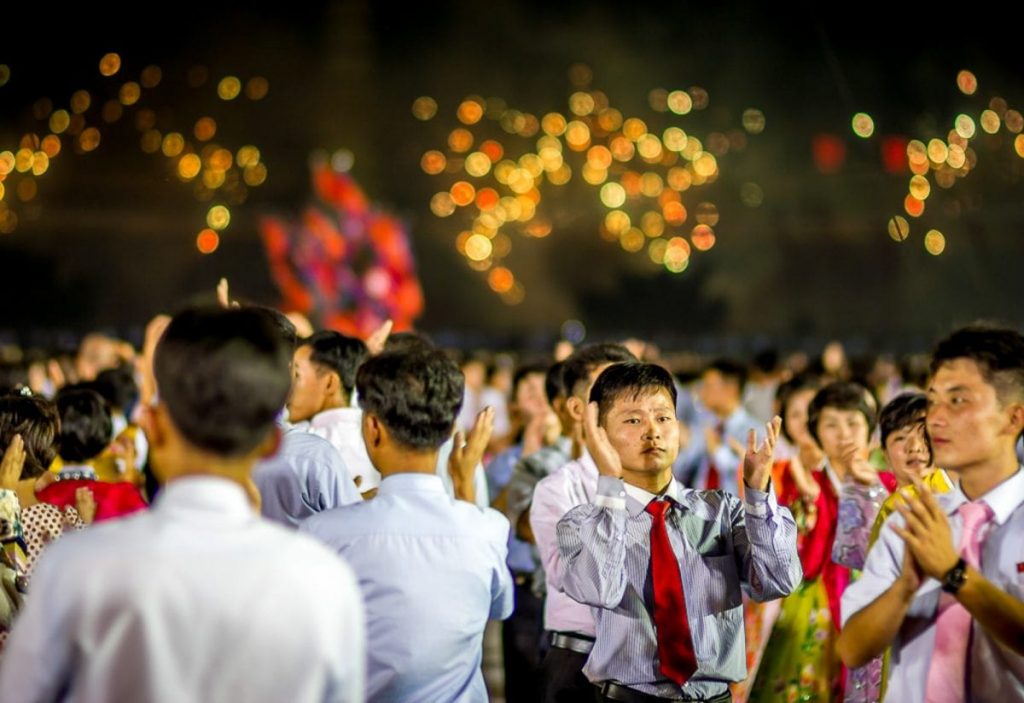 2020 see’s the 75th anniversary and by far the largest holiday if the year in North Korea. There will be a massive performance in the shape of the Mass Games in the evening and a huge military parade during the day. We’ll be back again next year to witness the next Party foundation day! Check out our full North Korea tour schedule.

Is There a Coffee Culture in North Korea?

How To Take a Photography Tour of North Korea

Boat man on the Dahlak Archipelago - a stunning gr

Chechen man stands proud next to his apiary - many

We're happy to announce that Rocky Road Travel hav

With the new Iraq Visa on Arrival, It's never been