How To Travel to the Great Mosque of Samarra

The Great Mosque of Samarra is not the easiest place to get to in Iraq – but with the right paperwork we can get you there!

So where is it, what is it, why is it so unique and how do I get there? 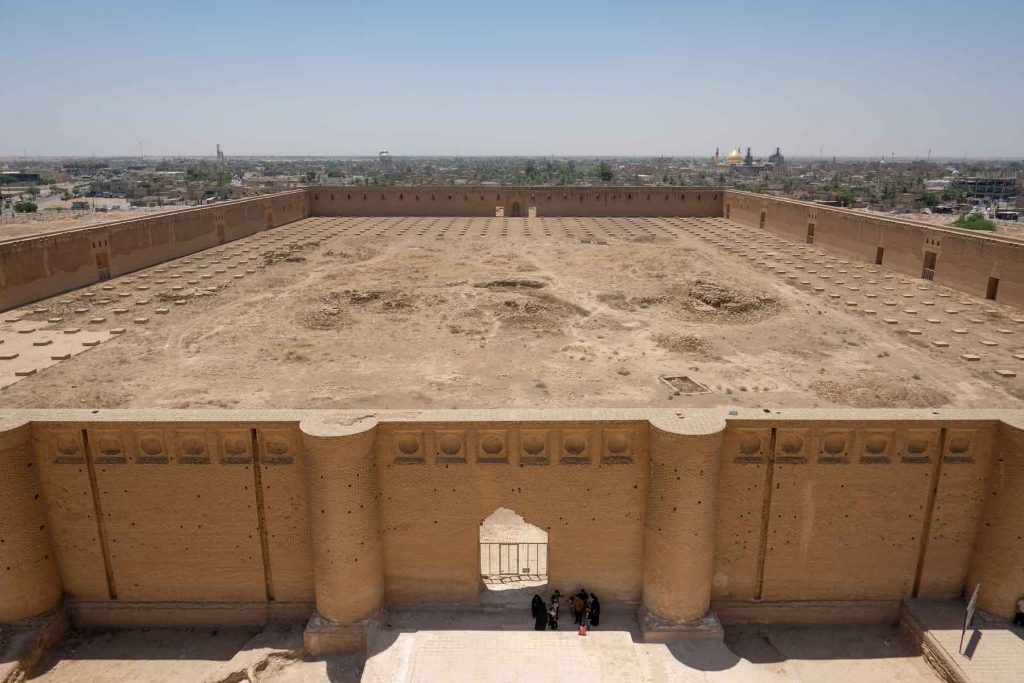 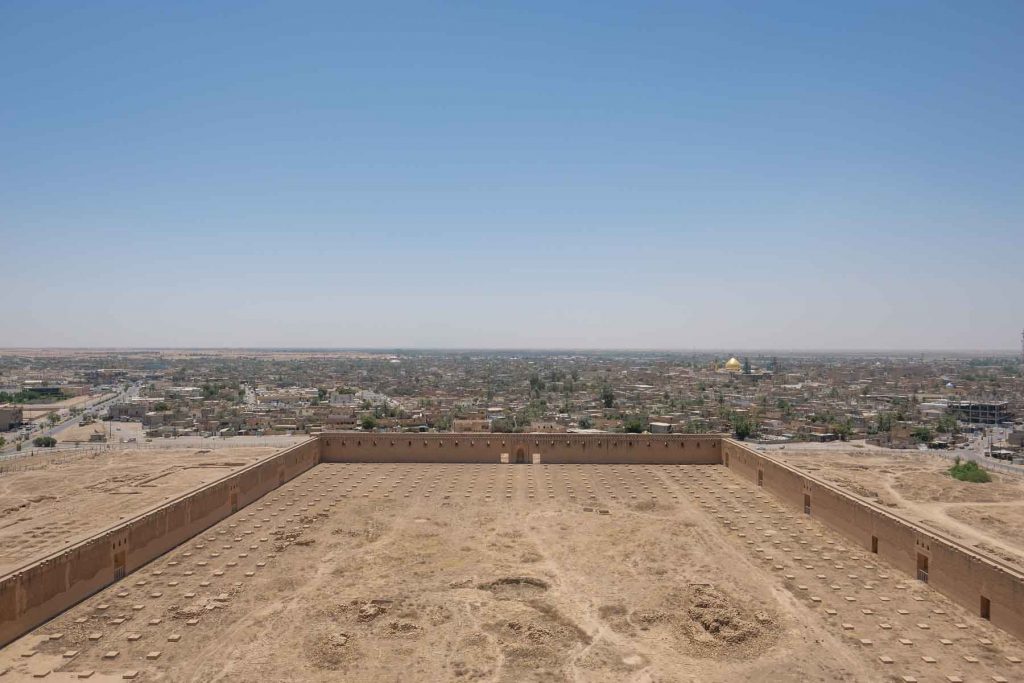 The mosque is predominantly famed for its malwiya or spiral shaped minaret. At the time of its construction in the 9th century – it was the largest mosque in the world. The towering 52 meter iconic minaret was a fitting accompaniment to the main mosque.

Originally connected to the mosque by a bridge, the minaret is characterized by a distinctive spiral conical design which rotates counter-clockwise from the bottom up. A spiral staircase leads to the top of the minaret, where an imam would recite the Muslim call to prayer.

It was the brainchild of the Abbasid caliph Al-Mutawakkil, who moved to Samarra to escape strife in Baghdad and remained there for the next 56 years—a period during which he built many palaces including the Grand Mosque of Samarra.

Samarra was the second capital of the Abbasid Caliphate after Baghdad, ruling over the provinces of the Abbasid Empire which extended from North Africa to Central Asia – it continues to be the only surviving Islamic capital which has preserved its original plan and architecture.

The name Samarra is derived from the Arabic phrase “Surra man r’a”, meaning “A joy for all those who see it”.

The mosque was eventually destroyed 400 years after its construction in 1278 by the Mongol ruler Hulagu Khan during his invasion on Iraq. Only the outer wall and minaret survived.

After extensive renovation on the mosque it was inscribed as a UNESCO World Heritage site in 2007.

The minaret was further damaged in 2005 during a raid by insurgents supposedly targeting US forces using the structure as a sniper vantage point.

Others claim that the attack was directed not towards the US, but had been done to incite Sunni-Shiite secular violence and further destabilize the country.

Today the site is in decent shape and visitors can climb all the way to the top at their own risk! 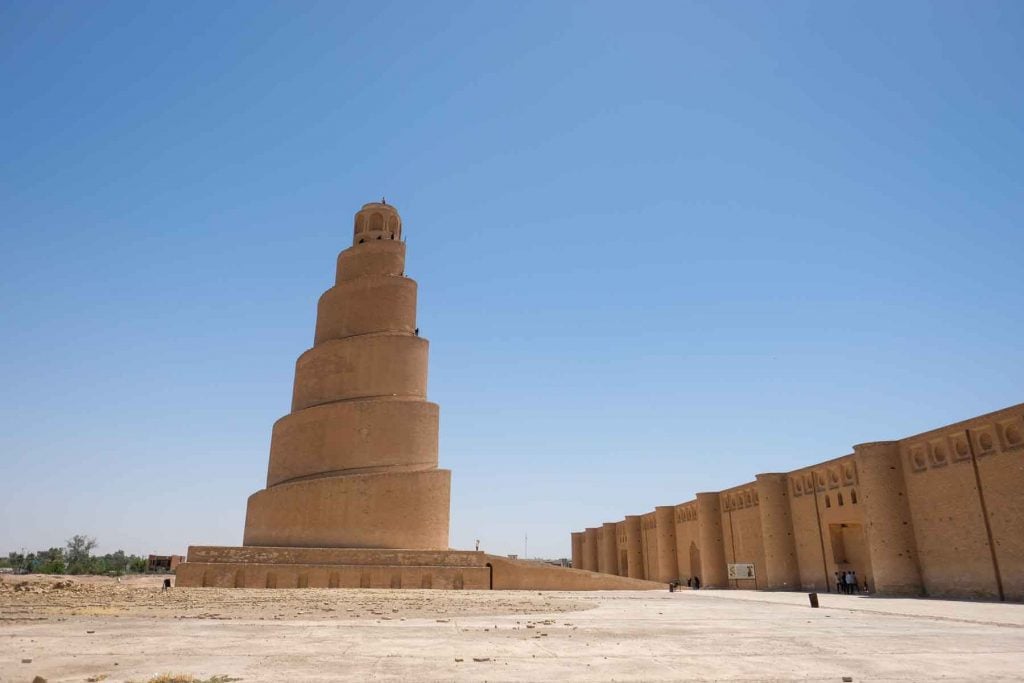 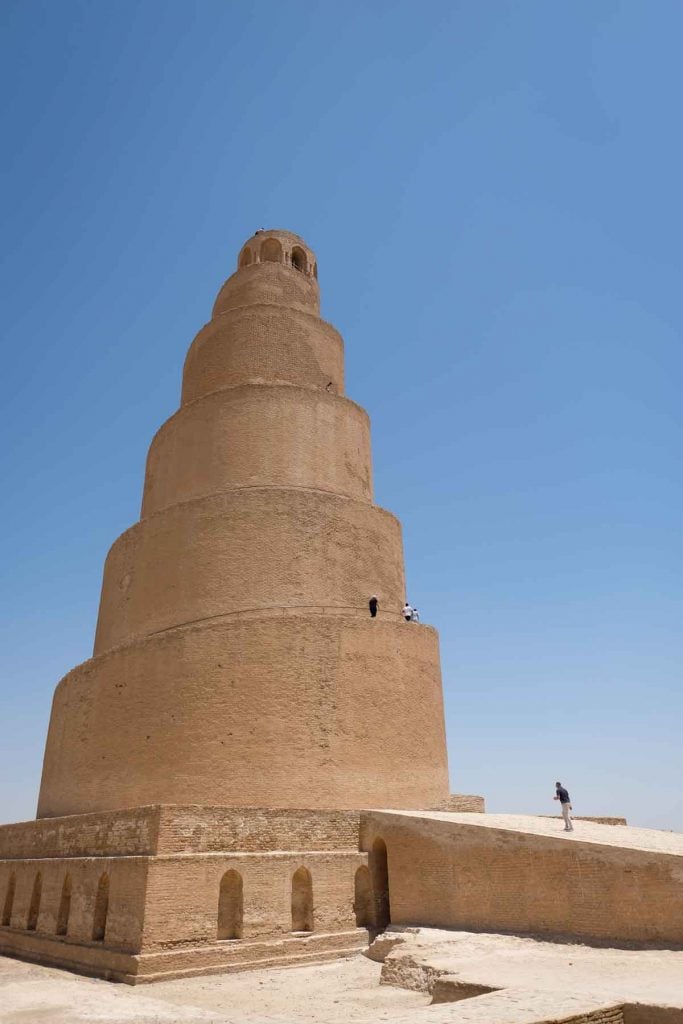 How do I travel There?

Samarra is currently controlled by a militia and negotiating entry can be tricky. The numerous checkpoints surrounding the city need to be carefully navigated. You need to have the correct permits and papers in hand before travelling along this route.

Having an interpreter/guide with you is crucial. With this, your entry is all but guaranteed.

Samarra is about 2 hours north of Baghdad along the once infamously named “highway of death” after it was prone to IED attacks during the Iraq war and ISIS push in 2014. It makes for a great day tour from the Iraqi capital.

Travel to the Great Mosque of Samarra with Rocky Road Travel! We have several group Iraq tours throughout the year. We can also organize private transfers to Samarra on any day of the year. Get in touch for more info! Iraq Tours From The UK

How to Travel to Iraq