Just what are the main tourist attractions of Syria?

Syria is a country rich in heritage. As one of the oldest civilisations in the world, it’s up there with one of the most fascinating places to visit in the Middle East. Now that this war torn country is trying to rebuild. Tours are open and travellers are welcome back to what was once one of the most visited countries in the region. So what are the main tourist attractions of Syria? 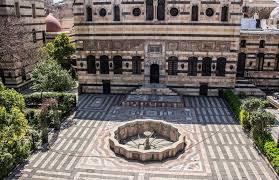 The Azem is a 17th Century Palace built as a residence for As’ad Pasha al-Azm, the governor of Damascus. During the French occupation of Syria and Lebanon it became the headquarters of the French Institute.

It is now home to the Syrian museum of Arts & Traditions. A welcome reprieve from The hustle and bustle of Damascus and a perfect place to enjoy some tea. Krak des Chevaliers is an imposing former crusaders castle. Located not far from the city of Homs, the Krak was constructed in the 11th century. It is widely regarded as one of the most important preserved medieval castles in the world. Its location is important as during the first crusade the castle overlooked a valley that was the sole route from the city of Antioch to Beirut and the Mediterranean. 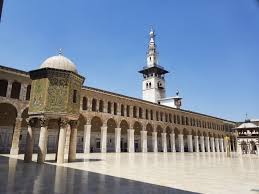 Also known as the Great Mosque of Damascus, the Umayyad is one of the oldest mosques in the world. It was built in the 7th Century after the muslim conquest of Damascus. Nowadays it is seen as a masterpiece of early Islamic architecture.

It is part of Damascus Old Town which is World Heritage Listed. 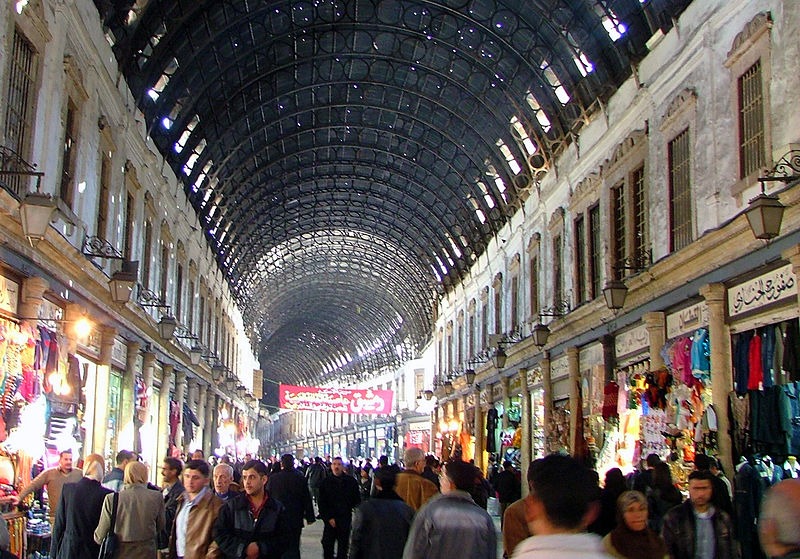 The Al-Hamidiyah Souq is the largest and central souq in Syria. Located in the heart of Old Damascus it makes a perfect day of exploration along with the citadel and Umayyad Mosque. Leave all your last minute shopping for this place!

Aleppo’s citadel is a huge fortified palace in the centre of the Old Town. Usage of this site as a fortification hill dates all the way back to the 3rd millenium BC.

The Castle as gone through several occupations and renovations over the years. Most recently in 2017 when it reopened to visitors after the battle for Aleppo during the civil war. Unfortunately the citadel is one of the only attractions in Aleppo to survive the war. The Grand Mosque of Aleppo and the souk were completely destroyed.

Aleppo Citadel is listed on the UNESCO World Heritage list along with Aleppo Old Town. 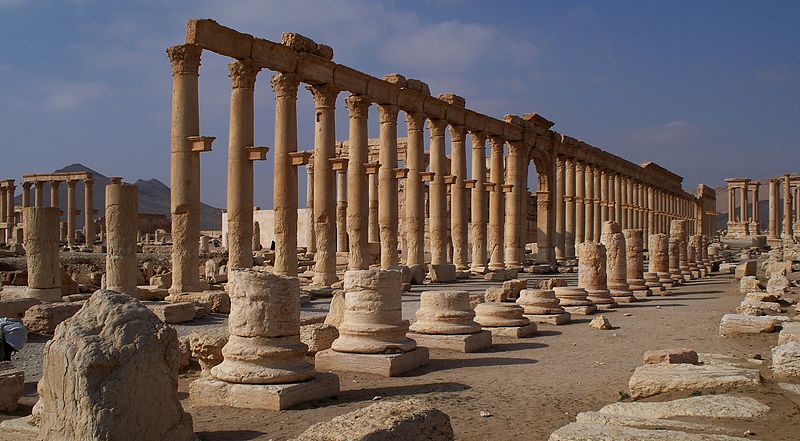 Probably the most famous of all tourist attractions of Syria, Palmyra was one of the greatest cities in the ancient world. Having existed for millennia, the city came into its own as a trading stop for caravans on the silk route. The tolls charged allowed for it to build the finest building projects in the world at the time. It reached it zenith as a Roman city state in the 3rd Century.

Palmyra is a UNESCO protected heritage site. Reconstruction projects are currently in operation after the removal of the ISIS occupation in 2017.

See it and all of these other tourist attractions of Syria on one of our group tours.

Contact us and we can organise your own private tour for any dates you wish!

How To Get A Visa For Syria

Can I Travel to Syria?

The Panjshir Valley in Afghanistan. 🙏 #panjshi

Happy Liberation Day to all Koreans! Today is the

One of our most frequently asked questions for the

The Cinema Impero in Asmara. Still a functioning t

Rocky Road Travel
5.0
Based on 55 reviews

desmond knox
12:38 10 Sep 21
Freewheeling grand tour of Southern Iraqi & Kurdistan. 27th Aug 8th September 2021. In a nutshell, if you want the... best experience before it becomes more popular, a place in which you can still find, empty sights, together with amazing foods, ancient and modern history, remaining in tact. Iraqi has it covered. Its people make it special. You discover that only by going. Iraqi is a very relaxed and enjoyable must see location a discovery that is overlooked by the modern traveller, yet it was once a hot destination and you can see why after you arrive. Is Mesopotamia on your Radar. Do we come from a alien race? Have you a interest in a post conflict country, or ongoing one ? Does the name Saddam Hussain mean anything. Do you enjoy foods and not worried about the diet, be willing to try all that presents itself. How about a live visit to a wonderful Shia Mosques, followed by a motorised trip into the wildlife wet lands with the Mash Arabs. Eating bread & honey drinking tea as the sun rises. Had enough of the heat, how about heading North to the Mountains of the Kurd region. Here you find the ancient Yazidi religion together with Christianity still holding onto to its traditions. Mixing that up, you discovery cool lakes, with old and modern shopping experience. Dont overlook your local guide Balin who can complete the landscapes with his remarkable story matching it. Grand tour is possible just dont tell the others.read more

michael dwane
17:06 05 Feb 21
Great service, everything worked out perfectly. I would definitely recommend for swift communication and helpful advice
Next Reviews