Visiting the Door To Hell in Turkmenistan

Only the world’s most spectacular man made everlasting fire pit. Those who witness The Door to hell in Turkmenistan talk about a surreal feeling of pure awe in its presence. But how did this unnatural phenomenon come about in the first place?

Turkmenistan has one of the richest gas reserves in the world. So much so that Turkmen citizens do not have to pay for their supply. In turn you are likely to see people’s backdoor kitchens and stoves with gas constantly lit. After all it’s cheaper to keep it lit that to buy matches or lighters.

With this in mind, the country was obviously a favorite of Moscow during the USSR times. Multiple Soviet teams were sent to locate and export the gas reserves until it all went a bit wrong in 1971. While drilling in a gas pocket near the village of Darwaza (Derweze) the crane collapsed into a deep cavern and became irretrievable .

The cavern was emitting a high volume of methane gas which was considered dangerous so the Soviet engineers decided to light it up to prevent the toxic spread. There was estimated to be a few weeks supply of gas beneath the ground. It remains burning to this day – 50 years later. A surreal night light in an otherwise barren Karakum Desert.

It was the people of Dawaza who first christened the crater around this time; “The Door to Hell”. 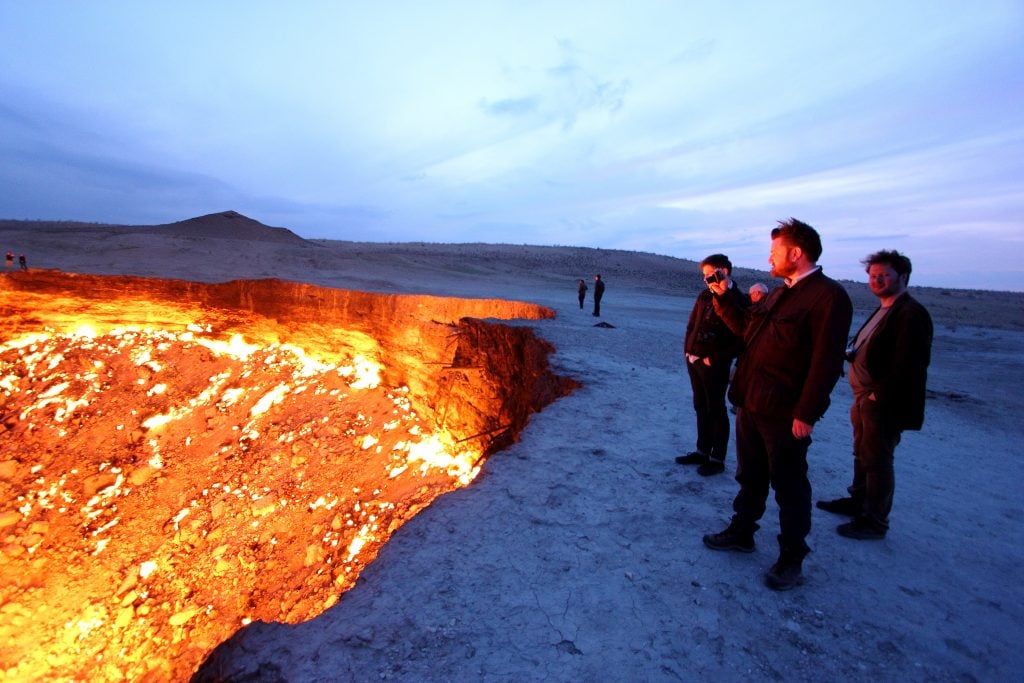 Long shunned by the Turkmenistan government, President Gurbanguly Berdimuhamedow actually vowed to fill in the site in 2010. It had been seen as a pointless attraction, distracting visitors from Turkmenistan’s more cultural and historically relevant sights.

Recently however all that has physically changed is an added safety fence around the crater. In 2019 the president even filmed himself doing doughnuts around the pit just to dispel rumors about his death. It seems he’s quite happy to show off the door to hell to the watching world.

How do I get there?

The Door to Hell is located about 270km north of the capital Ashgabat, 7km from the town of Darvaza. No public buses stop here.

The easiest way of getting there from Ashgabat is through an organised tour that also includes an overnight stay at the crater. Tents and yurts are set up a stones throw from the crater. Make sure to stock up on vodka to keep you warm through the night!

Rocky Road Travel organises three budget tours to Turkmenistan every year. All of which visit & camp overnight at the Door to Hell. Get in touch and visit the crater while it’s still burning! 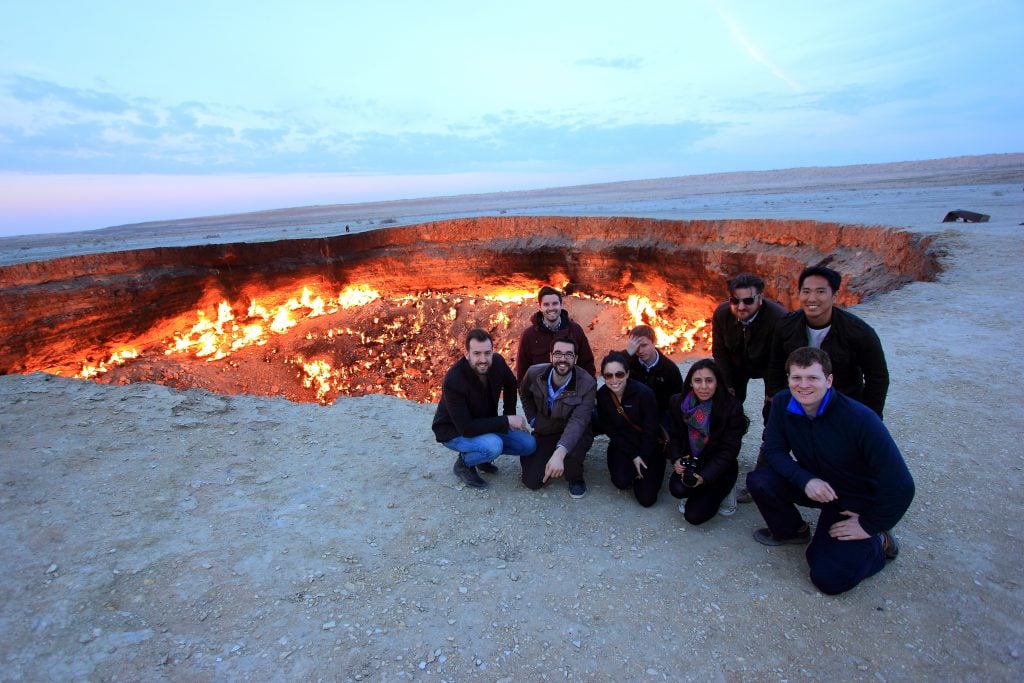 Top 8 Things to do in Turkmenistan

Can I travel to Turkmenistan?