Rungrado May Day stadium - The Facts

The Mayday stadium was constructed and opened in time for the 1989 world festival of youth and students in Pyongyang. The North Korean government reportedly spent up to 4 billion USD at the time transforming the city’s infrastructure in time for the event. The Rungrado May Day Stadium was the showpiece. It was seen as a reaction to Seoul hosting the 1988 Olympic games. What about today? What’s the stadium used for and what’s the official capacity? 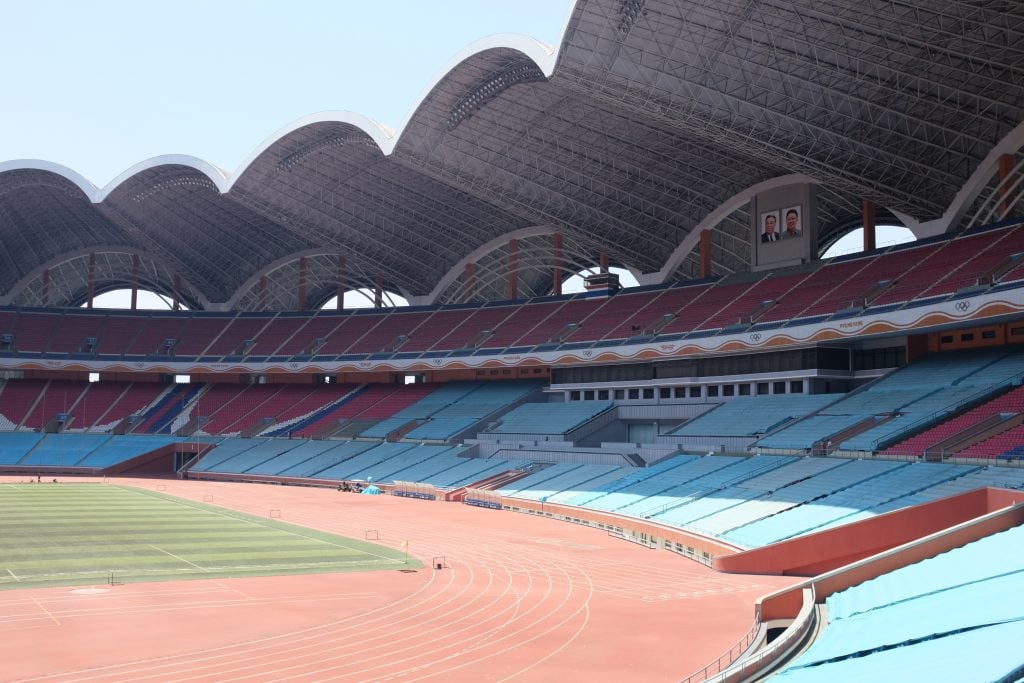 Officially the Rungrado May Day Stadium has a capacity of 150,000 spectators but hawk eyed internet observers put the figure at 114,000.

Even this lower figure still makes it the largest stadium in the world.

So there you have it, officially the world’s largest fixed sporting arena. It comes in just ahead of a few American football stadiums in the US. 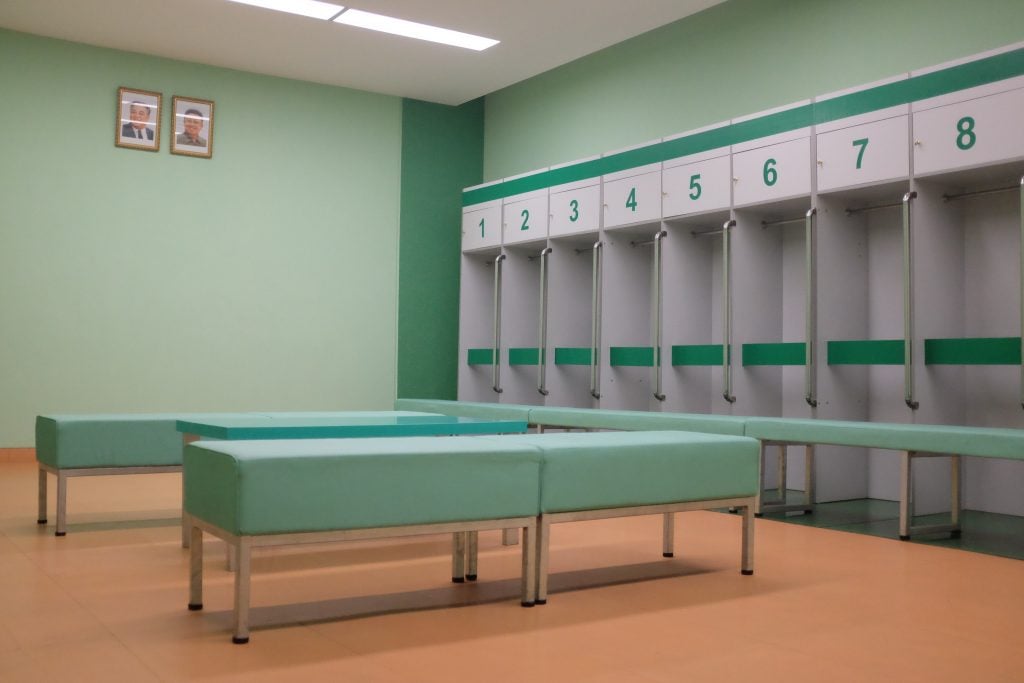 So what is it mainly used for these days?

The biggest show on earth! It’s the mass games – a synchronised socialist spectacular involving thousands of performers. The games returned after a 5 year hiatus in 2018 and will be held throughout summer 2019 at the Mayday stadium.

On every single Rocky Road tour to North Korea from July until September you will have the chance to visit the stadium and attend the mass games.

It’s also sometimes used as the starting and finishing point of the Pyongyang Marathon.

Check out our North Korea Tour program here Unsure which tour is for you? Ask us! We’re happy to help. 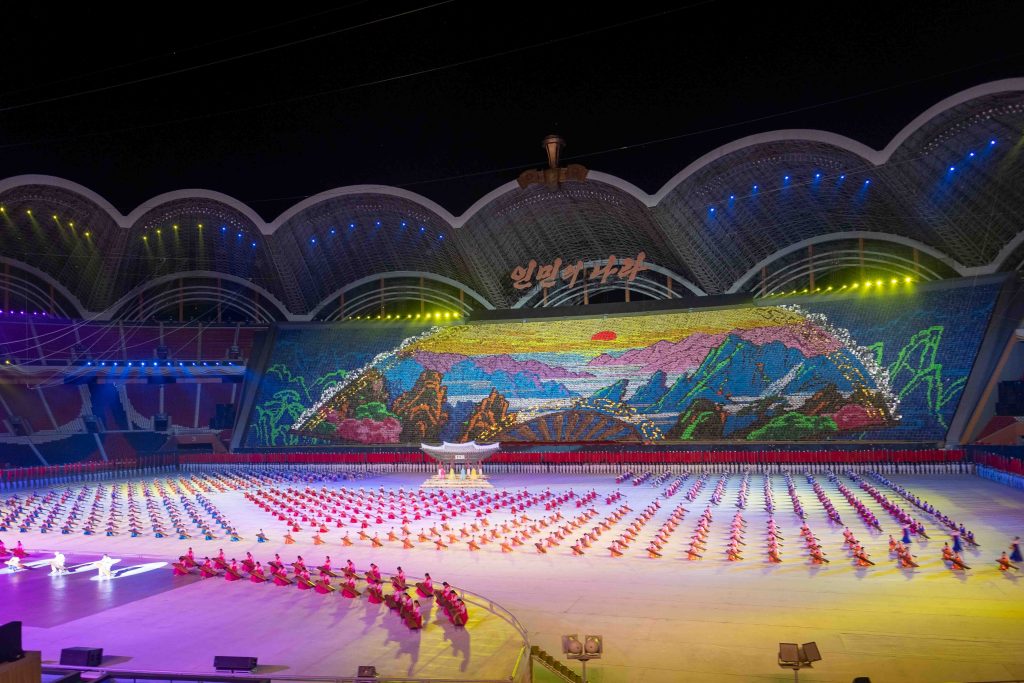 What is Party Foundation Day?

Murals of the two former leaders are commonplace i

Guess where? It could only be Vietnam of course!