Blast From The Past - What Was The Pyongyang Beer Festival?

The inaugural and still the only ever Pyongyang Beer Festival was held in the North Korean capital from August 15 – September 9th, 2016.

We were there more nights than we remember but here’s a little taster of what it was like. 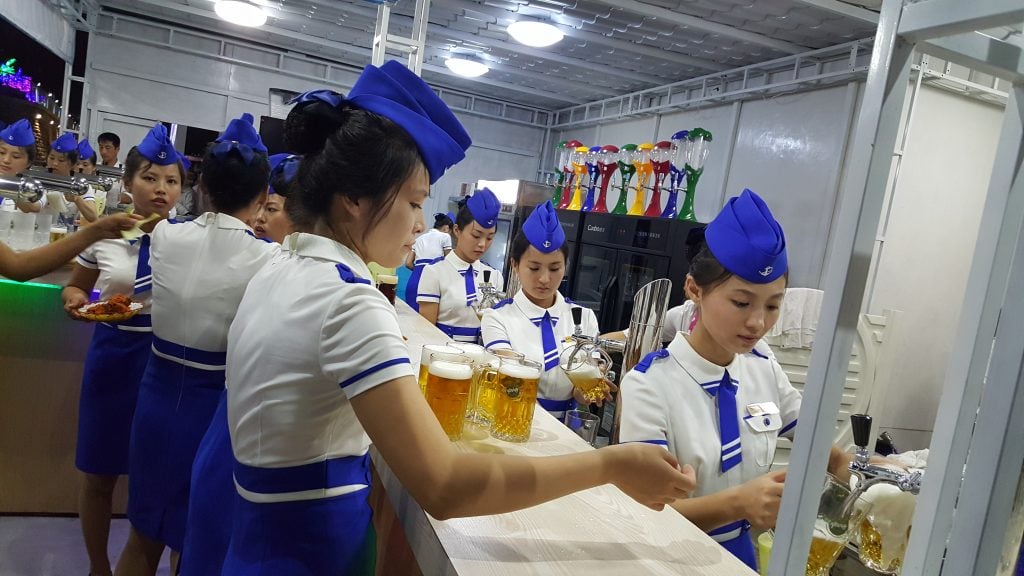 The Japanese brought beer to colonial Korea in the 1930s and Koreans quickly gained a taster for it. By the 1960s all alcohol was domestically produced.

In the year 2000, then leader Kim Jong Il wanted to build a world class brewing facility in Pyongyang, so he decided to purchase the old brewery of Ushers & Trowbridge in the UK. It was shipped over piece by piece and eventually became the Taedonggang Beer factory. The factory today produces 7 different types of beer and is the country’s most popular brand.

The North Korean drink of choice has traditionally been the rice liquor Soju, but the popularity of beer in North Korea is growing. Dozens of microbreweries are dotted around Pyongyang and busy beer bars are filled with office workers enjoying after work beers.

This plus the fact that Taedonggang wanted to promote it’s beer to an international audience culminated with the decision to host the Pyongyang beer festival in August 2016.

This decision was actually made in May 2016 when our North Korean partners informed us that the Taedonggang beer company were going to stage a 20 day festival beginning on the country’s “Liberation Day”.

The excitement brewed and we got the word out. Summer 2016 was off to a good start. 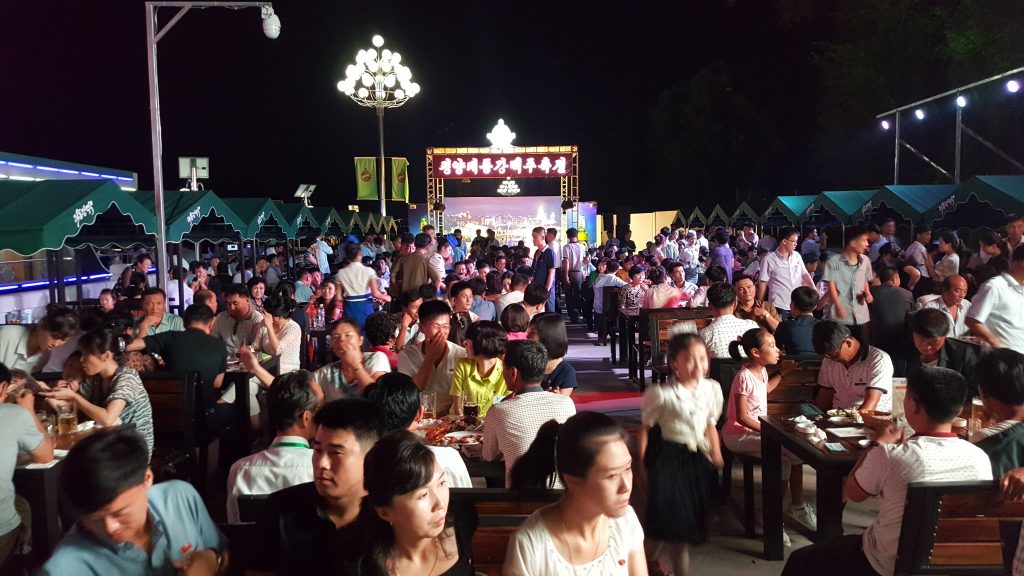 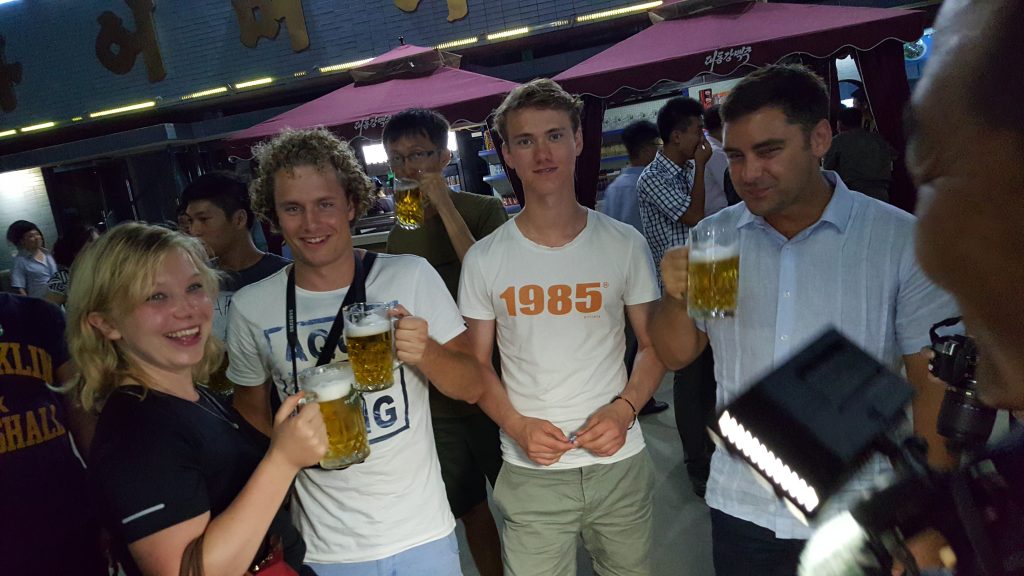 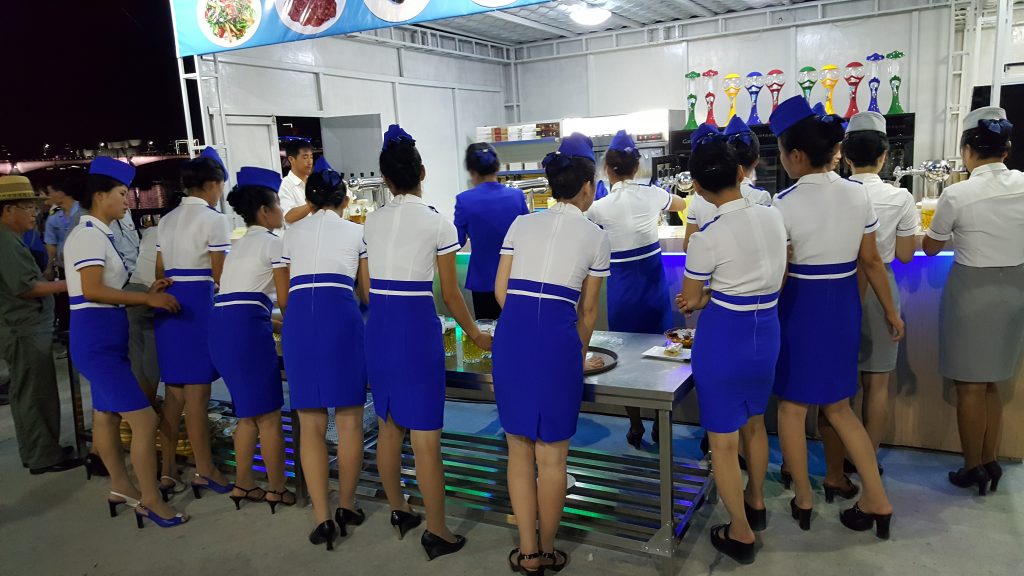 The festival was set up on the banks of the river Taedong. The river which flows through central Pyongyang and after which the beer is named.

It had a distinctly German feel to it, but as opposed to waitresses in dirndls’ you had servers in blue and white outfits that were closer to something you would find aboard an Air Koryo flight.

There were sausages on the grill, overflowing stein glasses, singling & dancing performances on stage and even a booze cruise. Yep – a pleasure craft that would do a few laps every 30 minutes and then return to dock.

Open from 7pm to midnight every day for two weeks, patrons could choose to sit in the beer garden next to the stage, ride the floating restaurant, or take the quiet standing-only tables further down the river overlooking the Juche Tower.

Hundreds, if not thousands, thronged the riverside nightly with their partners, colleagues, and families. Singing, dancing, toasting, and stumbling home. It could have been anywhere in the world but It was Pyongyang, and that’s what made it truly remarkable for those who witnessed it. 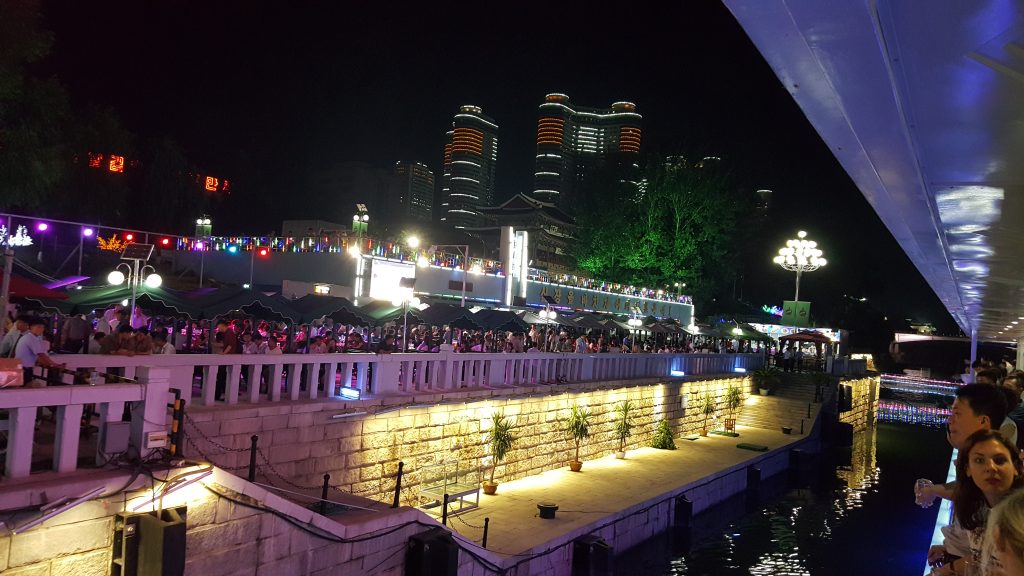 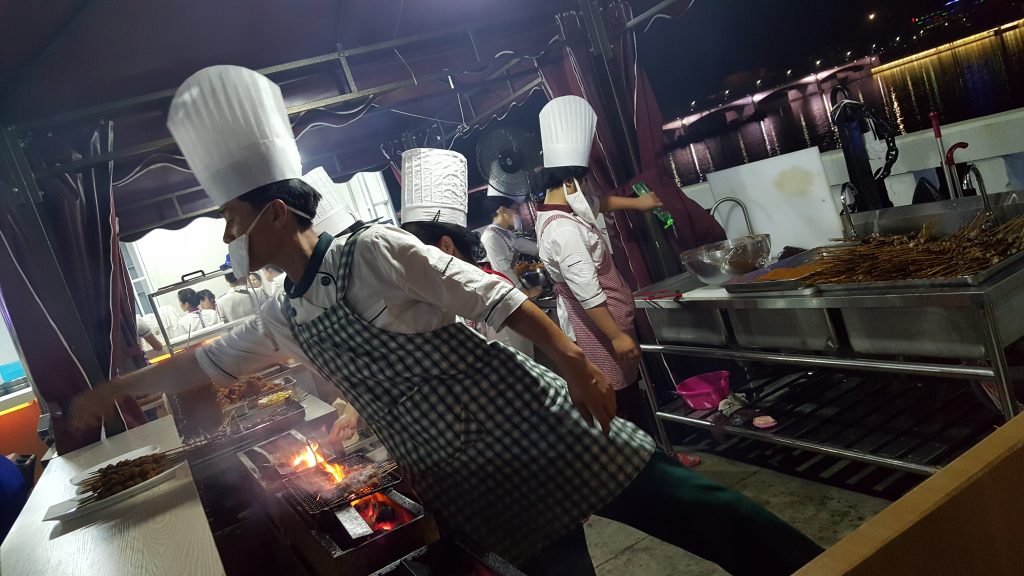 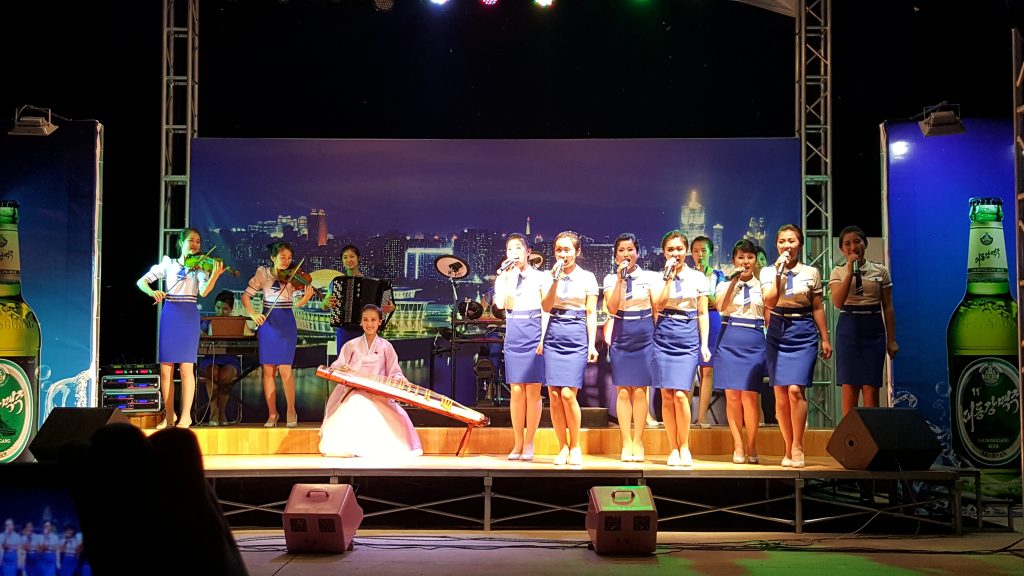 It was the first and only Pyongyang Beer Festival.

The 2017 edition was muted but unfortunately cancelled due to a particular bad drought in the country that year. It has never made a comeback since.

This was simpler times. Pre-global pandemic times. Lots of things were happening and it was boom season for North Korean tourism. We can be sure it will return again one day, here’s to a cold glass of Taedonggang on the banks of the Taedonggang!

Summer is a wonderful time to visit North Korea. Check out a full list of our North Korea tours and start planning your trip today!

How to get a North Korean Suit

Can You Play Golf In North Korea?

What Is The North Korean Currency?

Essential Guide to the Pyongyang Metro

Can You Visit North Korea From Seoul?