What is Babylon, Iraq?

Babylon was once one of the most important cities in the ancient world. It served as the capital city of Babylonia, a kingdom in ancient Mesopotamia, from the 18th – 6th century BC.

Built along the banks of the historic Euphrates river, it became the largest and most famous city in the world. So how exactly does one travel to Babylon given Iraq’s recent, troubled history? 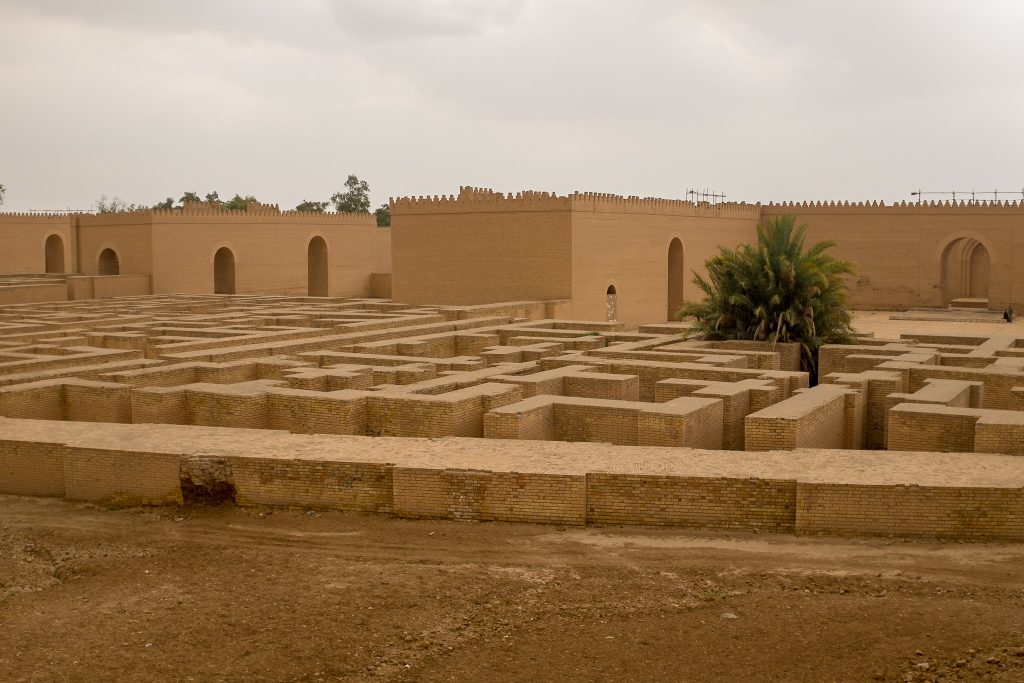 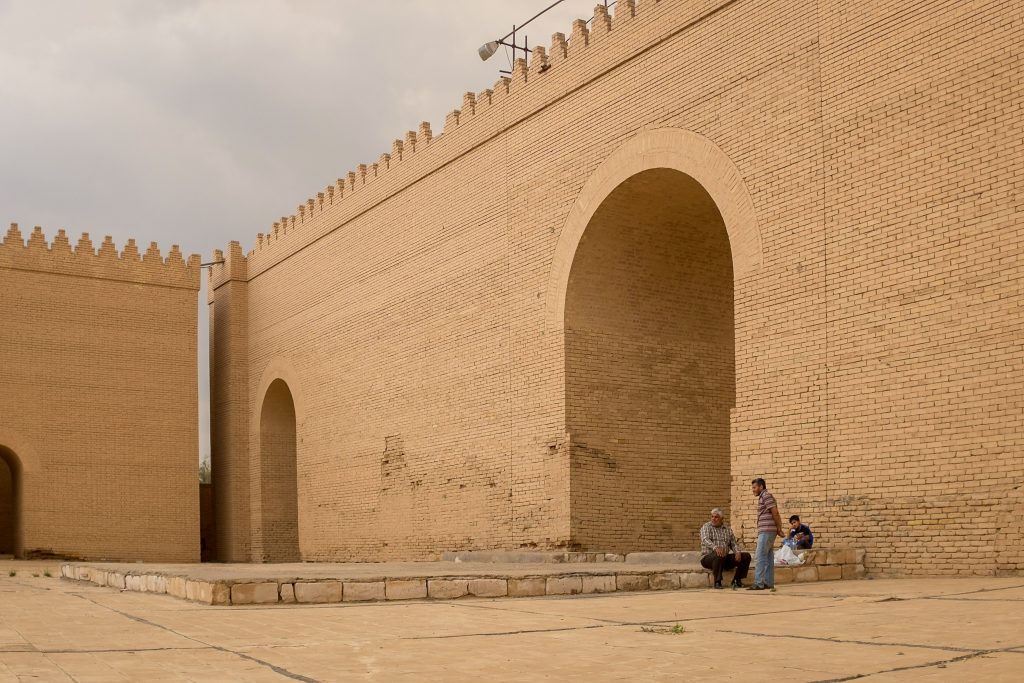 Babylon’s history goes back almost 4,000 years when it was settled by the nomadic Amorite tibes. It soon became home to Emperor Hammurabi who invaded the nearby city states or Ur, Uruk and others to create the one kingdom of Babylonia. The King left his mark on humanity by adopting the “code of Hammurabi”, the world’s first written law

Babylonian heritage reached a new height under Nebuchadnezzar II (604–561 BC). He ordered in a new era of reconstruction – quickly turning the city into an architectural marvel. A crown jewel in this construction phase was the magnificent Ishtar Gate, the purpose of which was to welcome visitors to the city. The gate can now be seen in Berlin’s Pergamon Museum after it was shipped there in the early 20th century and rebuilt piece by piece.

Nebuchadnezzar II is also credited with the construction of the Hanging Gardens of Babylon. No one knows exactly where the gardens where, but on a tour of Babylon you’ll see where most experts think it was.

Under his rule the city once again became the most important and largest in the world.

It went on to be captured by the Assyrians, Arabs, Persians and Greeks over the centuries.

Alexander the Great would conquer the city in 331BC but died there a short time later before he could fulfill his dream of making Babylon the capital of his empire. 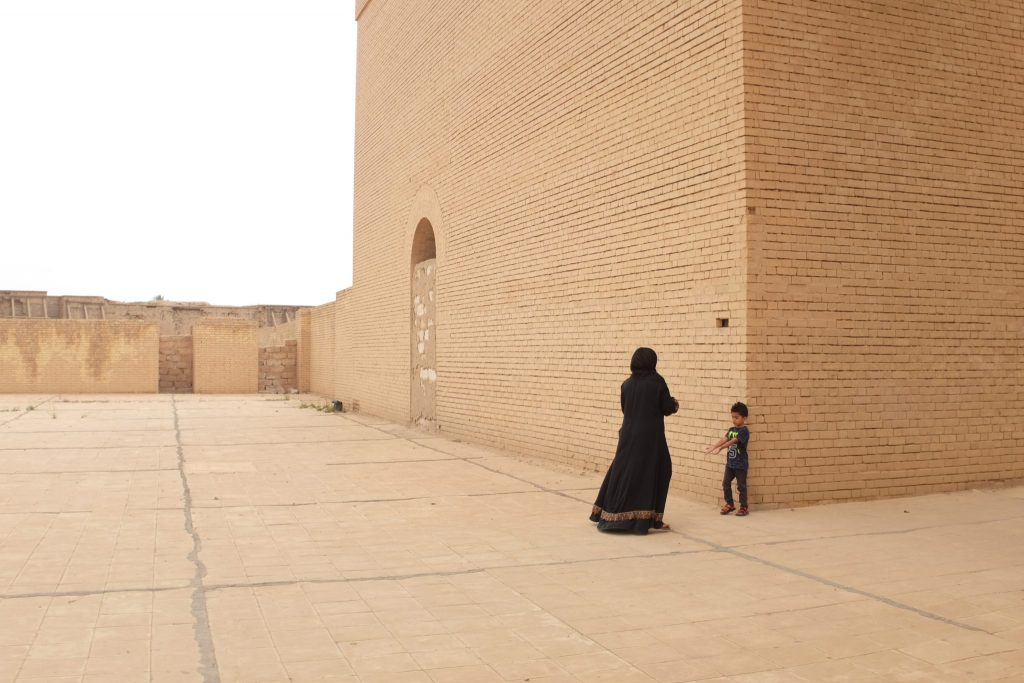 From 1899 to 1917, a German Oriental Society excavation team led by Robert Koldewey conducted the first scientific works in the city.

Thousands of items were sent back to Berlin before the team fled in the face of advancing British troops in 1917. Many more thousands of artifacts were lost at sea on route.

In 1983 , the government of Saddam Hussein began a reconstruction project in the ancient city. New structures and walls were build on top of ancient walls. This drew anger from UNESCO and multiple scholars around the world.

Saddam even had his name inscribed in the new bricks. The reconstruction was rounded off with a brand new palace for the dictator himself overlooking Babylon.

There were further plans for a rebuilt Hanging Garden and a cable car over the city but thankfully they were to go on the back burner after the 2003 American invasion. 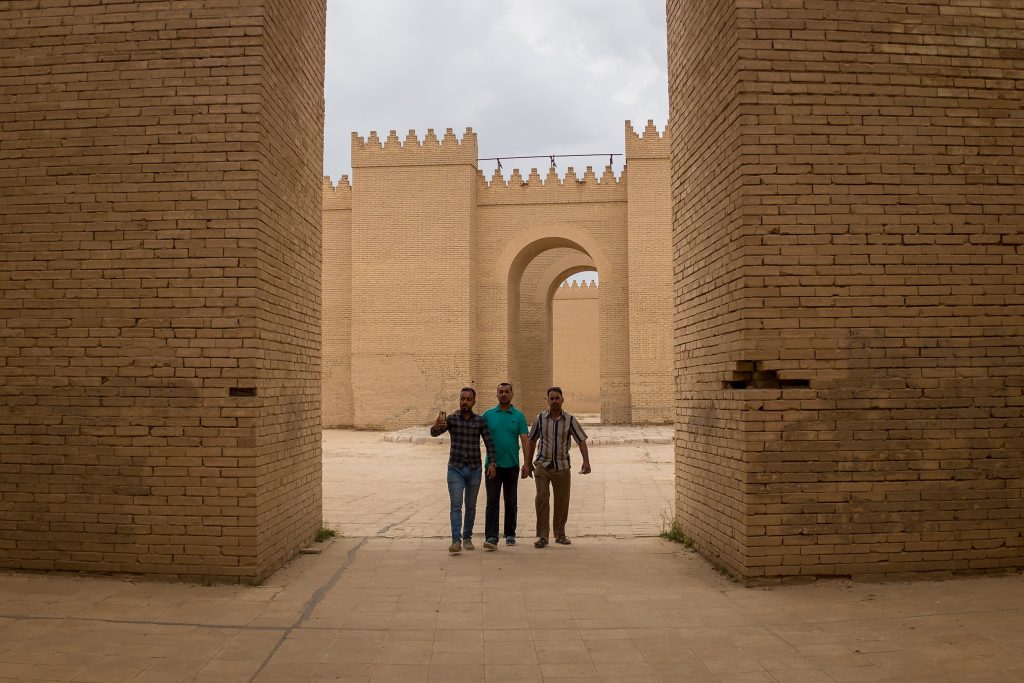 Since the invasion of 2003, Babylon has fallen into a terrible state of disrepair.

In 2008, the World Monuments Fund began working with Iraq’s State Board of Antiquities and Heritage to try and save what was left of the crumbing ruins. Incredible conservation work was undertaken but this work also shone a light on the enormity of what is needed to save the site.

Even today there are no fences anywhere and priceless antiquities lay on unprotected pathways, free for all to access.

The ruins of Babylon are located 88km south of the Iraqi capital, Baghdad. Our tours to Iraq begin in either Baghdad or Najaf, both of which have well connected airports.

Access to Babylon was reopened to tourists in 2009 but so far few foreign tourists have made the journey.

After years of lobbying, it was finally inscribed on the UNESCO World Heritage list in 2019. Hopefully many more will now make the journey to Babylon but more importantly the inscriptions guarantees its conservation in the long run.

All our tours to southern Iraq travel to Babylon. With the new visa on arrival system for southern Iraq, it’s never been easier to visit Babylon. If you don’t qualify for the VOA, we will take care of your Iraq visa invitation procedure, then you need to apply and collect your visa from the nearest embassy.

Contact us for more info on travelling to Iraq! 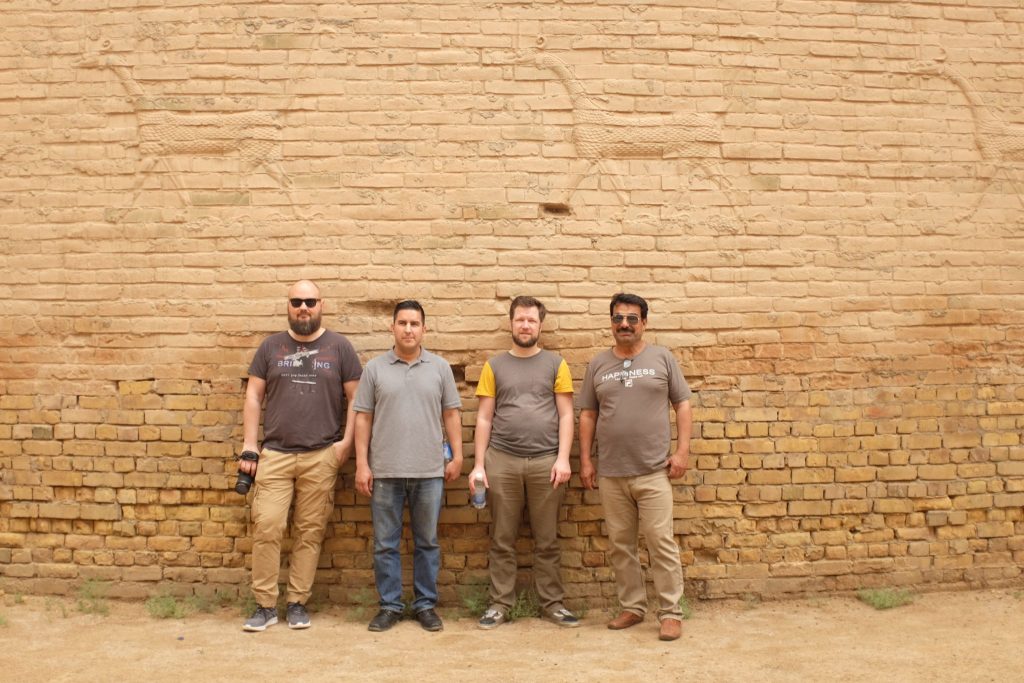 How to Travel to Iraq

Exploring The Mesopotamian Marshes of Iraq