For centuries tea has been the drink of choice. Some traditional teas are believed to alleviate fevers, joint pain & improve vision. Others like ginseng tea strengthens the immune system. Historically coffee has not had much of a presence in North Korea, but what about today? Is there a coffee culture in North Korea at all?

Before the fall of the Iron curtain, coffee had been seen as an icon of the capitalist west. It wasn’t until after the collapse of the Soviet Union that coffee slowly began making its way to North Korea.

In the early 90s, as hundreds of North Korean students were returning home from Russia and Vietnam, they would bring the coffee culture along with them. From the early 2000s onwards coffee then began to spread among the well off in Pyongyang.

Nowadays it has filtered down to the middle classes and coffee shops are opening up all over Pyongyang.

In the poorer areas outside Pyongyang “stick coffee” is very popular. This is basically instant powdered coffee – a combination of coffee, sugar and creamer in one packet. It spread from the Kaesong Industrial complex where 55,000 North Koreans were employed by South Korean firms. The instant coffee powder was handed out every day and the word of mouth soon spread to the rest of the country. Even after the complex closed the coffee’s popularity never waned. It became widely available in the country’s private markets (jangmadang). 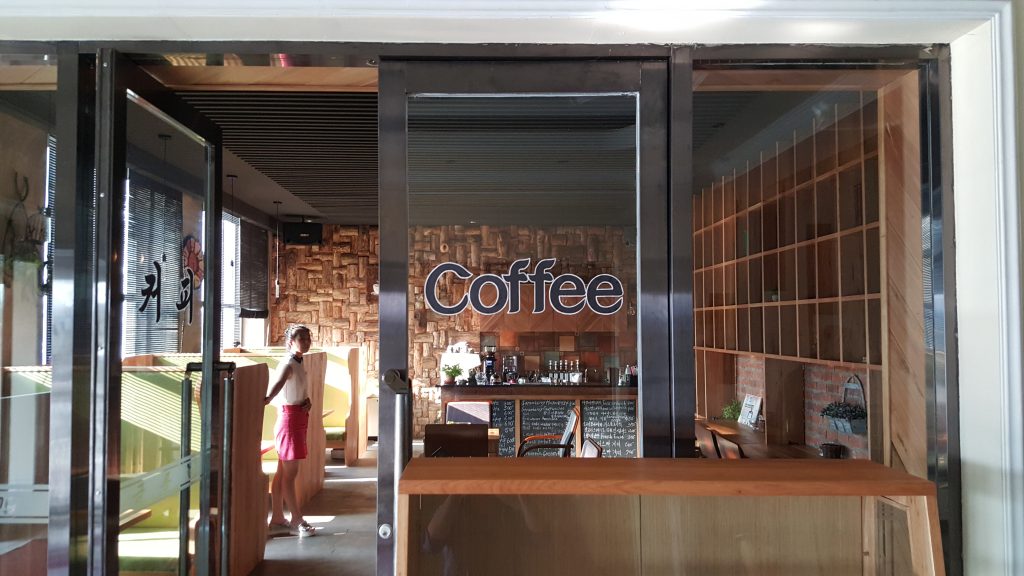 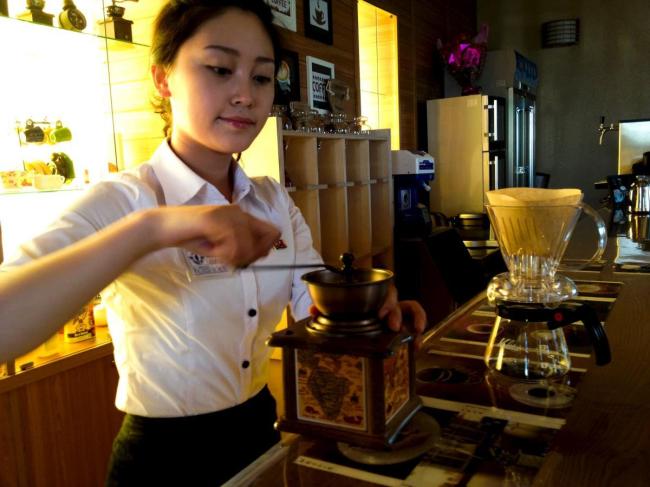 Coffee doesn’t come cheap in North Korea. An Americano in a local cafe costs as much as a Starbucks back home. Un-affordable for the majority of North Koreans but this hasn’t stopped the consumption from growing.

University students and young couples like to spend time in coffee shops. The practice of drinking coffee may have taken off among the younger generations after an image of Marshal Kim Jong-un and his wife sitting at Sunrise Café emerged in 2012. Since then coffee shops have opened in Changchun street, Munsu Water Park, Pyongyang Airport, Kim Il Sung Square and many more.

Coffee has now even become a home trend. The country has started producing it’s own home made coffee mixes. As always foreign made produce is all the rage and recently the most commonly requested items from tour guides have been coffee beans, filters and grinders. Definitely a sign that the coffee culture in North Korea is growing indoors from home.

Where can I find the best coffee in North Korea?

We have four contenders for this top prize;

We make sure to visit a local coffee shop on all of our North Korea Tours. It’s part of our efforts to visit more local “everyday” places where North Koreans hang out.

If you want to visit every cafe in Pyongyang then you’ll have to arrange a private tour!

Contact us for more info and travelling to North Korea today.

Can You Take Photos in North Korea?